TRADEDRESS AND ITS INTERPRETATION BY COURTS IN INDIA

Trade dress refers to characteristics of the visual or sensual appearance of a product that may also include its packaging which may be registered and protected from being used by competitors in relation to their business and services. The characteristic includes their shape (3 dimensional), packaging, colour, graphic design or even the smell of the product.

The concept of trade dress was first brought in under the Trademarks Act, 1999 under the definition of ‘mark' which replaced the previous Trade and Merchandise Marks Act, 1958.

In case of shape of goods registration of the trademark besides other criteria is still subjected to provision of Subsection (3) of Section 9 of the Trademarks Act, 1999, which reads as follows:

Indian Courts have been repeatedly recognizing the concept of the trade dress even prior to 1999 or 2003 by under common law remedies. Few of the prominent cases are as follows:

Recently in one matter Delhi High Court has restrained Ajanta India Ltd. from using the trade dress of a red and white packaging for its toothpowder on a complaint of Colgate-Palmolive. Earlier Ajanta was using a red can for marketing its toothpowder and later it switched to a red and white can which was virtual mirror image of Colgate-Palmolive. The Ajanta was allowed two months to exhaust its stocks of injuncted cans.

Similarly in another matter, Kangaro Industries Limited, a renowned name in the office equipment and stationary goods approached Delhi High Court against "Evershine STY" on the ground that it is copying their unique get-up Lay-out and colour combination of blue and warm grey and selling their product under the Trademark "Frog". The High Court ex parte restrained the "Evershine STY" and its agents etc. from using the impugned label, cartoon, packaging material as may be deceptively similar to the "Kangaro's"

Therefore the concept of the tradedress is well recognized and settled in India and its importance with relation to trade has been repeatedly upheld by the Courts in India. 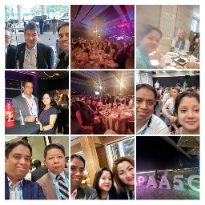